Caesar miniatures 1/72. Journey to the West

Journey to the West is a Chinese novel published in the 16th century during the Ming dynasty and attributed to Wu Cheng’en. It is one of the Four Great Classical Novels of Chinese literature. It has been described as arguably the most popular literary work in East Asia. Arthur Waley’s abridged translation, Monkey, is known in English-speaking countries.

The novel is an extended account of the legendary pilgrimage of the Tang dynasty Buddhist monk Xuanzang, who travelled to the “Western Regions” to obtain Buddhist sacred texts (sūtras) and returned after many trials and much suffering. 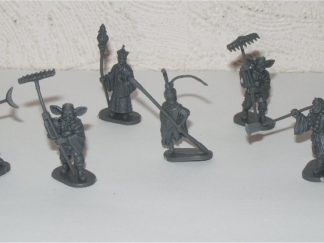